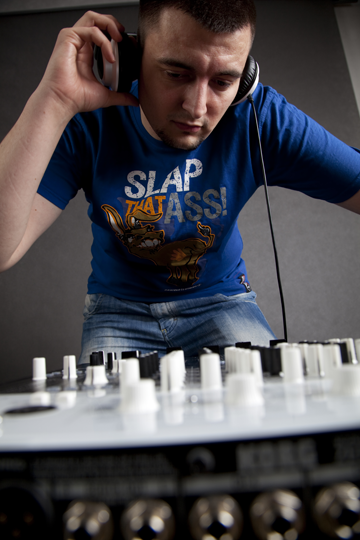 At first Martin wasn't very much into electronic music. On the contrary, he was interested in playing drums in a black metal band. His electronic music adventure started in 1996 with goa and psychadelic. Next there was a time of progressive trance and house fascination.

He stood behind the decks in 2004 and since then he is forming his own style, which is hard to describe till today. In his sets you can hear progressive forms of electronic music, starting from progressive house, deep house up to techno. He pays a lot of attention to the technique of mixing, mostly due to longing for the era of turntables, when if you wanted to be a DJ you had to do more than just push 'sync' button and move crossfader. Due to his talent, passion and hard work he had a chance of playing at many gigs in Poland and in the UK.

Additionally, every month he releases new episode of his radio podcast. Each of those mixes is a compact work, which takes the listener to the land of deep, dancing sounds.